Like many other older association in Groningen, Ibn Battuta has a standard. The standard is used during official occasions. You can think of the opening of the academic year and the general members assembly. For most of the time you can see the standard at the faculty, on the ground floor in a special designed standard cabinet.

Around the 9th lustrum the idea came up that Ibn needed a standard. This standard should be ready before the next lustrum, when Ibn Battuta celebrated its 50th birthday. In 2007 there was a competition and many designs were sent in.  After two voting rounds, Jinko Rots' design won with a small majority of the votes.

In the summer of 2007 the realisation has been outsourced to the Pedelgenootschap. They spoke to several tailors and found Saartje Dijkema. The winning design was a bit redesigned to make it possible. During the summer months there was a lot of thinking about the materials, fabrics and embroidery.  Also, there was a search for the best way to show the standard and to transport it. The many hundreds of hours that have been put in the standard made it possible to present it on the 23th of october 2007. During the general members assembly there was a short presentation given by the Pedelgenootschap about the genesis, followed by the reveal.

Shorter than half a year after the first design had been chosen, Ibn Battuta got itself a nice and above all a solid standard that can easily make it to the 100th birthday of the association! 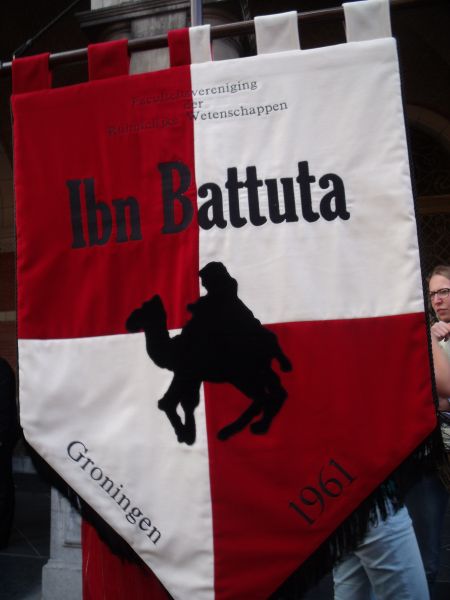 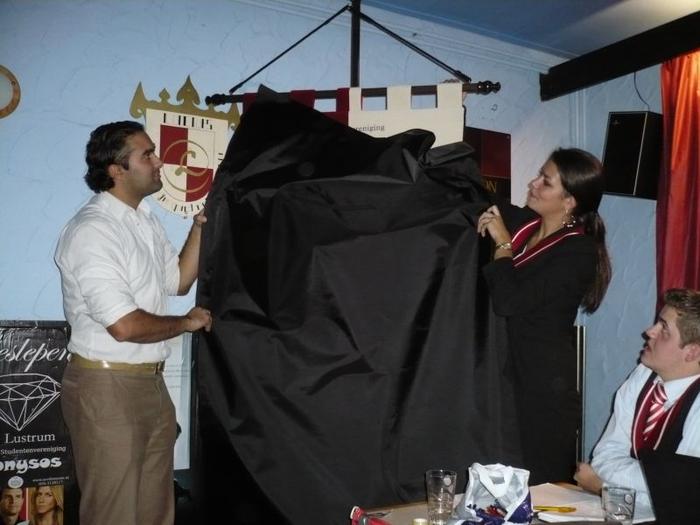