Why join a committee?

Are you interested in joining one of Ibn Battuta’s committees? Do you want to know what a committee does, what you can mean for a committee, and what a committee can mean for you? Then check out these short pieces written by (former) committee members. They can give you some insights in their membership of a committee. You can read what they have organized, what their function was and how it improved their time in Groningen! Have fun reading!

Last year I was the Treasurer of the Career Day Committee, together with my committee I organized the annual Career Day of the Faculty. During the day several companies are present to meet future employees through workshops and a network drink. It was very interesting to learn more about companies in our work field and how to establish contact with them an negotiate a contract. As treasures, I also learned how to make a budget, which comes in handy as a broke student.

The Career Day is a bigger committee, we had meetings quite often. Which meant that I got to spend a lot of time with my lovely committee. I really enjoyed organizing the day with them and I would really recommend becoming part of the committee yourself! 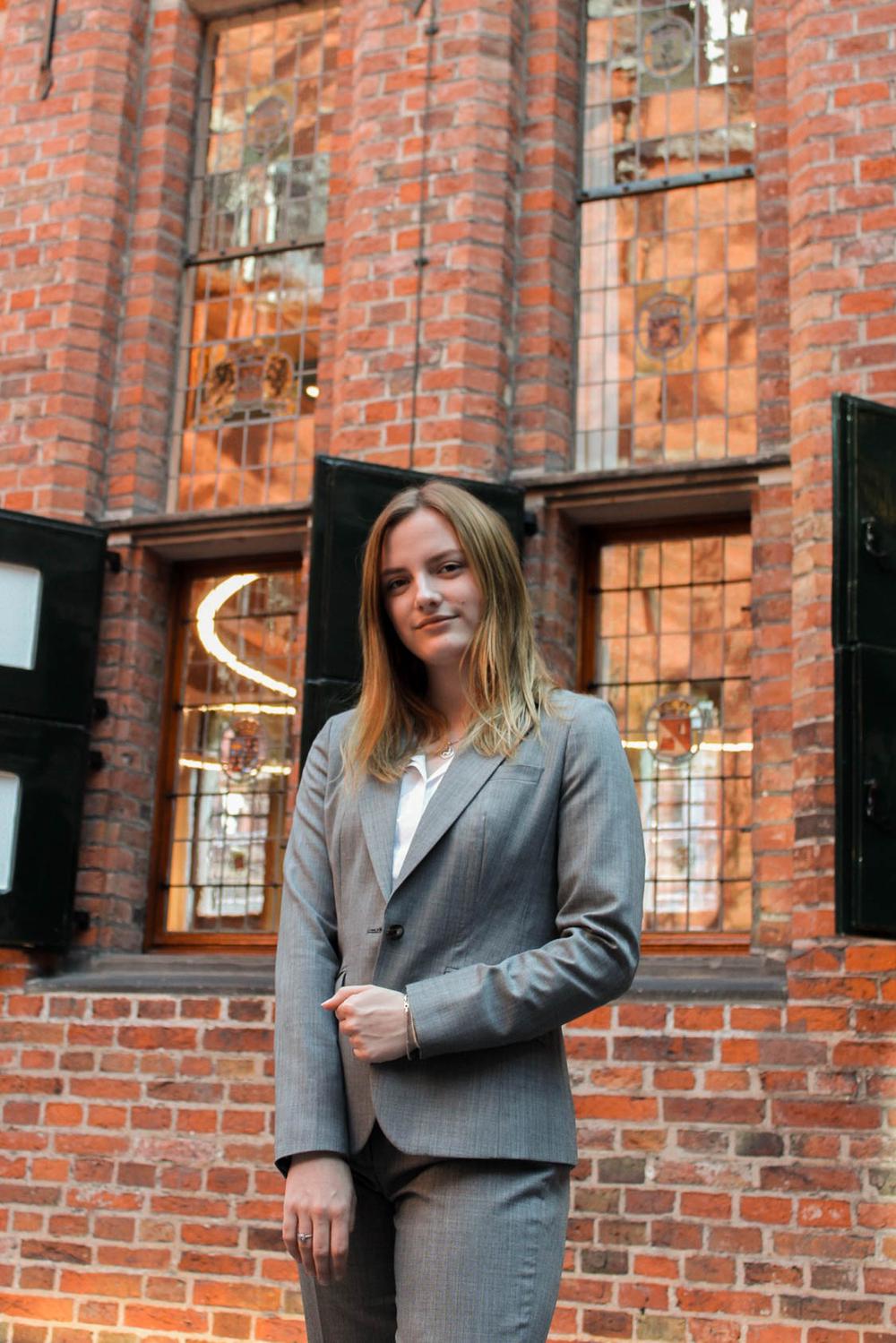 Hey! Last year, I was part of the Master Committee, also known as the Career Platform. This committee is focused on organizing events for the master students of our faculty. This means that the activities are focused on personal career development. A good example of such an activity is the In House Tour. This is an excursion of two days, past year to Rotterdam and Leiden. Here, we have had the opportunity to get to know companies like KuiperCompagnons, VINU, and organizations as the municipality of Groningen.

We also organize workshops that focus on a part of your career preparation. One example of this is the workshop Personal Branding, which we organized in collaboration with the Career Services.

Are you interested in organizing events for master students to connect them to the working field and broaden your network at the same time? Apply now! 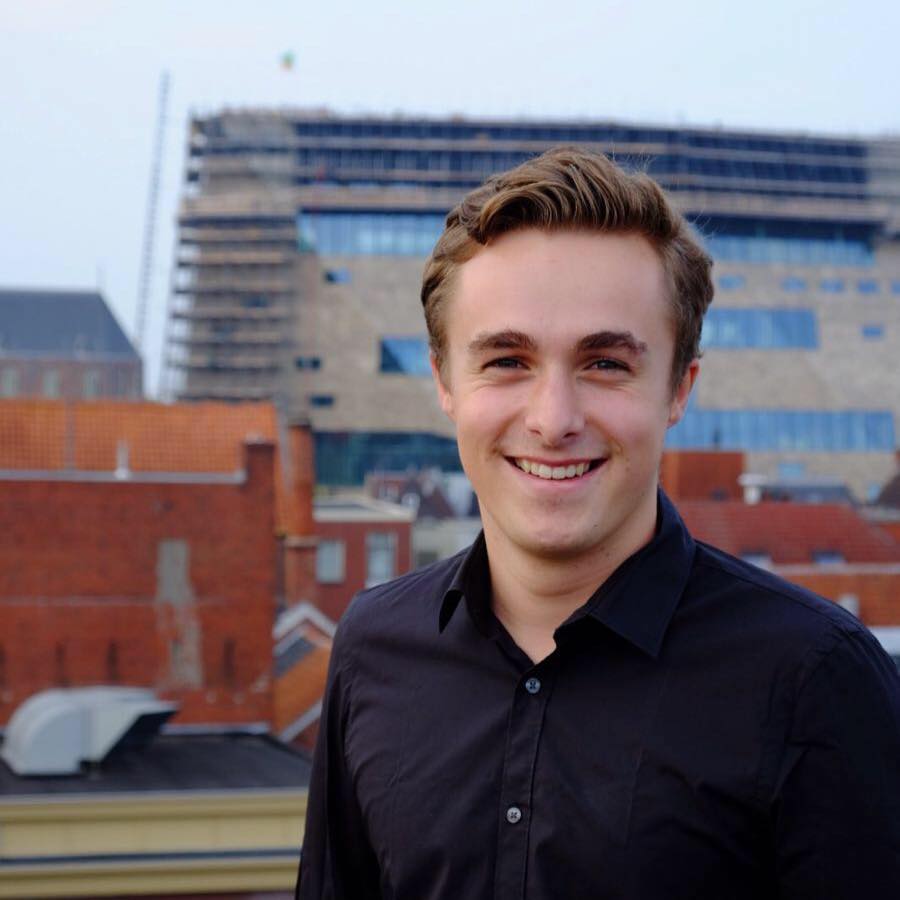 Hi Ibn’ers! During my first year at our beautiful faculty, I joined the First Year Committee. When I applied, I didn’t know a lot of first-year students and active Ibn’ers yet. During all the meetings and activities I got to know my fellow committee members better and better. We started to hang out with each other and went to the Ibn activities together. Nowadays, I consider my fellow committee members as my friends and I still see them on a weekly basis. Most of us are still active in a new committee. I would say that the first year committee is a great way to get to know the first years and the association itself! 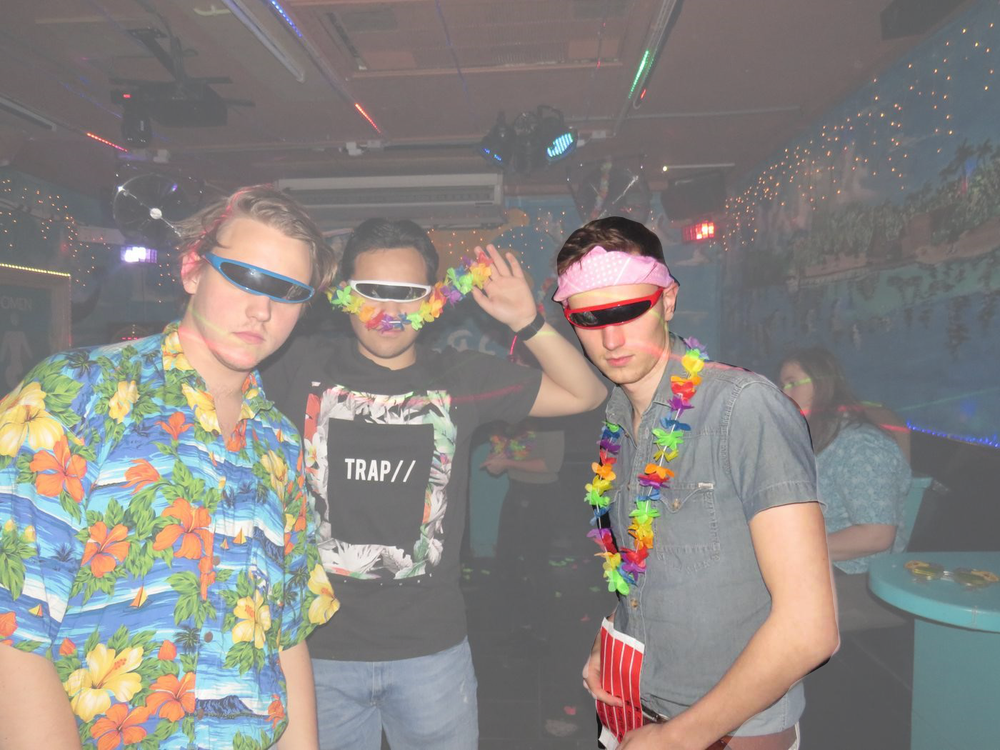 Dear Ibn’ers! In the past year, I had the privilege to be the Chairman of the Excursion Committee, also known as the ConneX’cie. The Excursion Committee is there to organize study- and non-study related activities for members of Ibn Battuta throughout the year. For example, in December we organised an activity to a Christmas market in Oldenburg, but we also organised an activity to The Hague to visit ‘Het Binnenhof’. On the 20th of September, we will go to Weusthuis, a company in the field of urban planning, to see how our working field is functioning. Besides these activities, the Excursion Committee organizes a Short Foreign Excursion every year. This year we traveled to the beautiful city of Århus (Denmark) and ended this four day trip on the beaches of Grömitz (Germany).

Being a member of the Excursion Committee is most of all fun. You get to know your fellow students and you will develop new skills that you learn with your committee function (for example Tour Operator, Commissioner Promotion or Treasurer). My committee will wave off soon, so if you’re interested in organizing the best activities for the association please sign up! 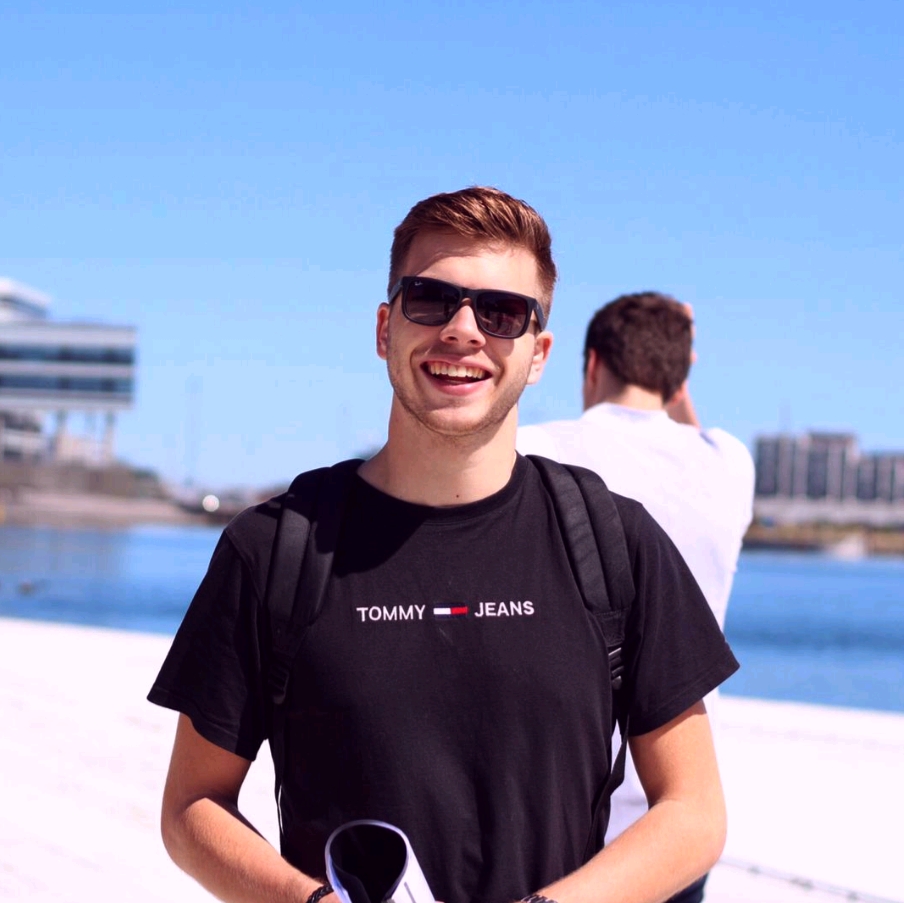 Hey Everybody! If you like music and concerts, perhaps you’d like to organize a musical concert. Zwemfest is a once in a lifetime opportunity to do so. The Zwemfest Committee is a group consisting of people from four different study associations: Idun, V.I.P., Ubbo Emmius and Ibn Battuta! Together the mission is to create the best evening of the lives of everybody attending. The evening itself consists of eight different performances on two stages, accompanied by many side-activities.

One of the things our committee introduced, was the Zwemfest pre-party in het Pakhuis! This evening was a great party and a perfect moment to introduce our headliner to the world.

If you’re doubting to join the committee, then feel free to come to Zwemfest on the 26th of September and experience the evening for yourself! 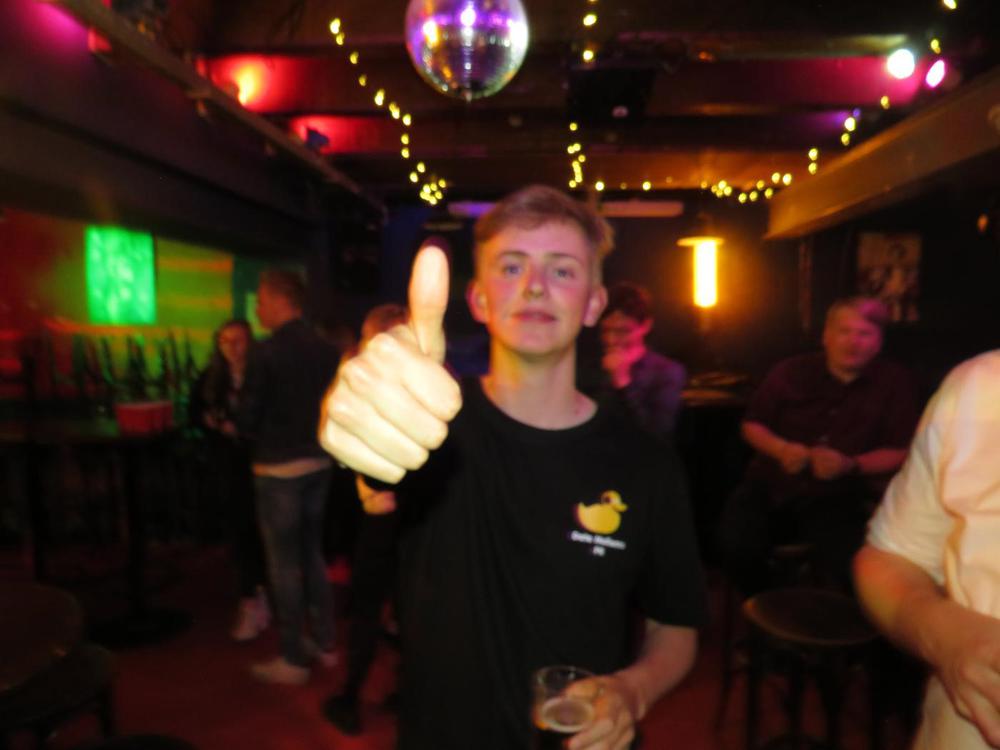 I was part of the Foreign Excursion Committee last year, better known as the BECstreetboys. It was really fun to organize this trip towards three beautiful countries on the Adriatic coast. To decide where to go with a group of 50 people was a nice process. Including the search of destinations, finding activities, and arranging transport and hostels. My function within the committee was Acquisition and Promotion. My role was therefore to create the BEC-booklet. I've learned how to work with programs such as InDesign and Photoshop, which is very useful for a lot of things! So if you want to have your influence on where the Foreign Excursion will go next year and be part of a group which will be very close-knit, then apply for the BEC! 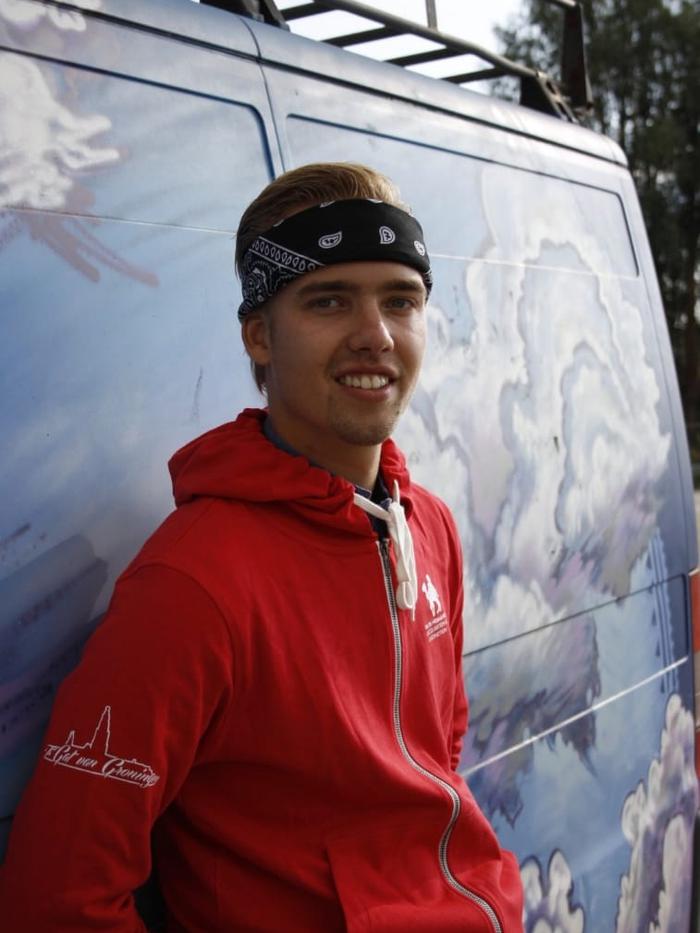 Last year, I was a member of the Foreign Excursion committee. I really enjoyed being a part of the committee. I liked planning and organizing a trip for a whole group. During the first months of the committee, we looked at possible destinations. After the destination was decided, we started booking flights and hostels. The last months before the BEC, are the busiest. We then looked at the activities and other things that needed to be done. As a treasurer, I was responsible for making the budget and keeping it up-to-date and making sure that all payments were done in time. Also, I helped others with their tasks. 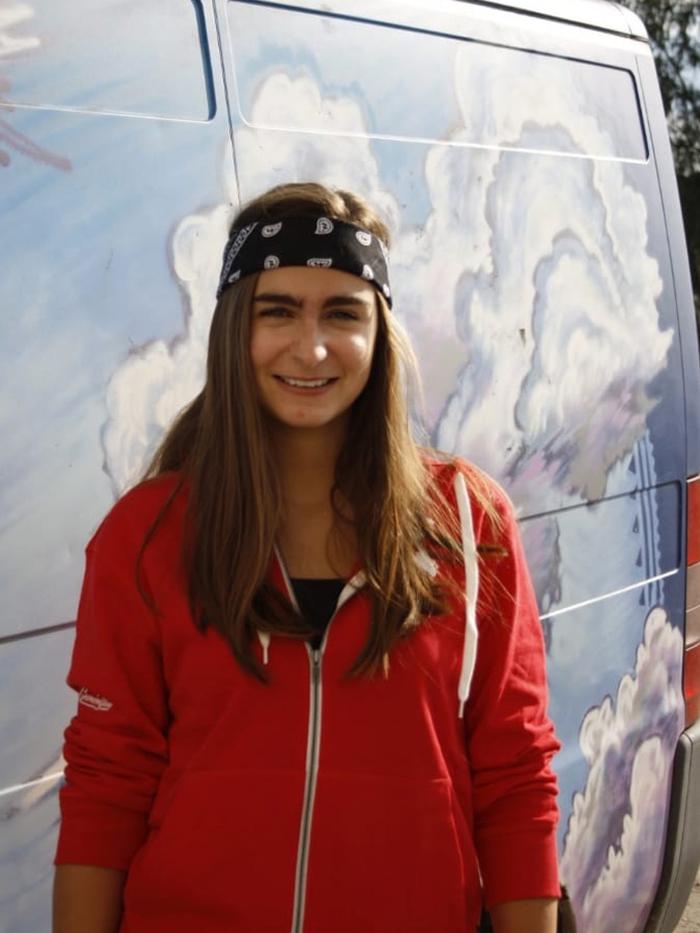 One way to settle into university can be through going to your mandatory lectures, which can be interesting, enjoyable, but also sometimes boring. Another way to settle into university can be to participate and organize extracurricular activities. As part of the Lecture Committee, you get the opportunity to organize captivating, impressive or even refreshing lectures. This can vary from smaller concepts like organizing a running lecture where three PhD-students will show their research, to a bigger event like the W.J. van de Bremen lecture. Since you are part of a committee, organizing these lectures is a fun activity. What makes the lecture committee special is that the different functions within the committee have no hard borders and we therefore always work in collaboration. Being part of the lecture committee is fun, instructive and ‘gezellig’. Settle in university, settle in the lecture committee. 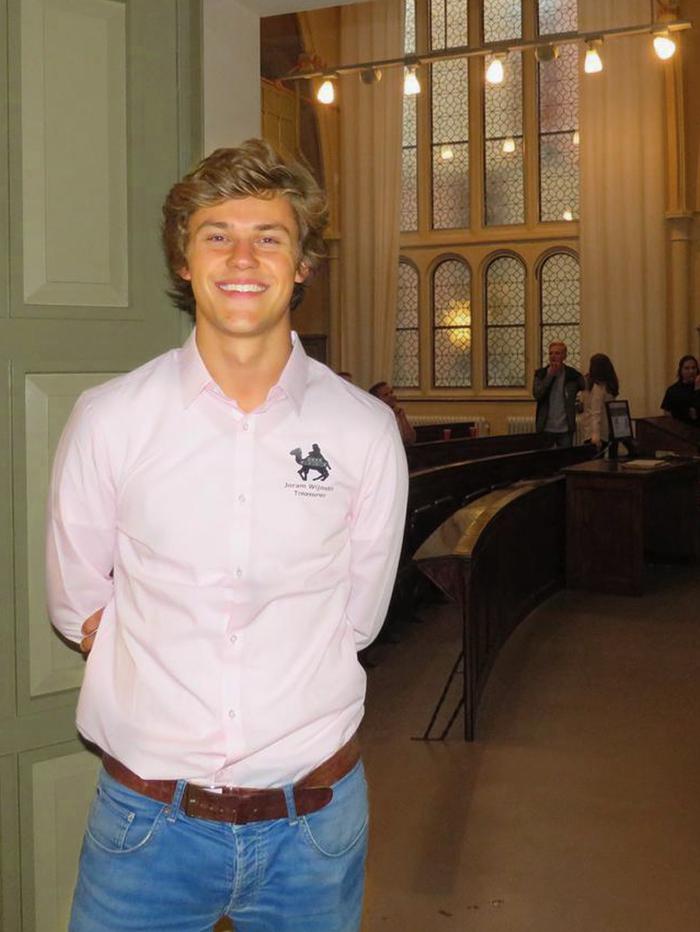 Last year, I was a part of the Lecture Committee which was so much fun to do! Throughout the year, the committee organizes different kinds of lectures. Varying from ‘small’ lectures in which, for example, PhD-students explain what their research is about to, as the icing on the cake, the ‘big’ W.J. van den Bremen lecture in the spring. Even though you already have to attend lectures within your study it is interesting to organize other lectures as well because you are able to learn even more about different kinds of geographical subjects. This was one of the reasons I was interested in the Lecture Committee. Besides, being a part of this committee is like being a part of a group of friends, the different functions are not that strict, which makes it really feel like you do everything together as a group. Therefore, I would really recommend applying for the Lecture Committee and I’m sure you won’t regret it! 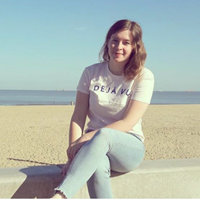 I really enjoyed organizing all this as a skier myself, even though I had never organized a trip like this before. An added benefit is that you can decide the location. But most importantly: the group with which we organized all this was the most fun. Frequently we would come together to discuss the organization, but there was always enough room for some informal banter as well. Experience with skiing/snowboarding is not important for arranging this trip, so whether you have that or not, the Wintersport committee is a great way to make friends and organize an unforgettable trip! 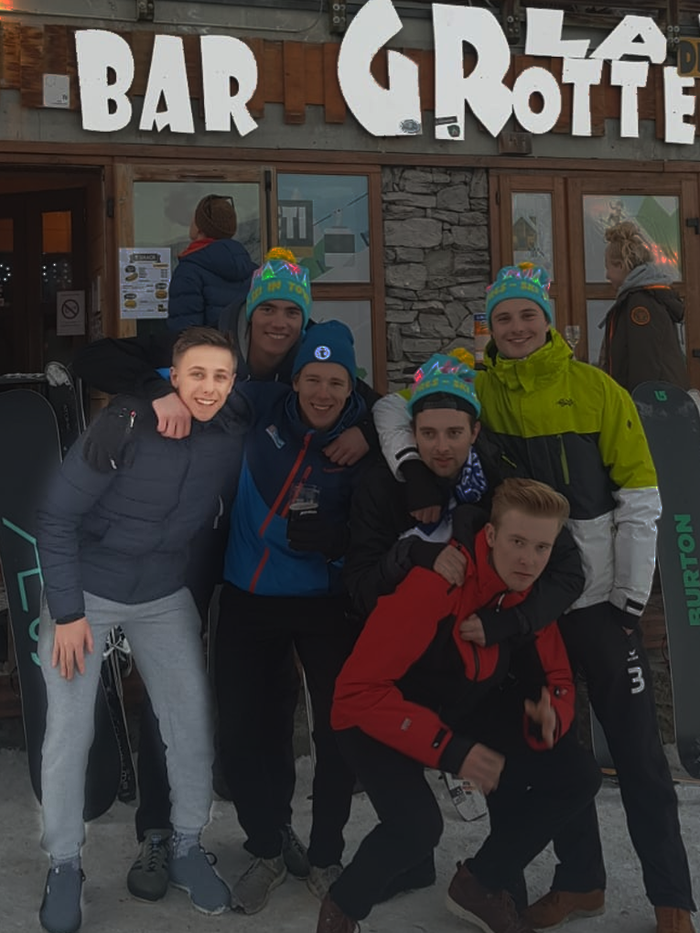 Hi Ibn’ers! Do you dare to organize an amazing skiing trip for a large group, then join the Wintersport Committee. As last year’s Chairman of this committee, I can look back at a memorable trip to the French Alpes. With this function, I had the honor of directing an enthusiastic group of six heroic Snowmads.

As Wintersport Committee you are responsible for organizing the Wintersport trip itself and several winter-themed activities. Last year activities were: indoor skiing, ice skating, and a pub quiz. For arranging these activities and the wintersport itself, you meet one or two times a month. Besides the planning of the activities and the trip, you get the job to create a good ambiance in the group, before and during the trip.

Would you like to organize a ski-trip for a group of Ibn’ers, and do you want to organize a week full of (après-)skiing? Sign up for the Wintersport Committee and we will meet in the Yeti-bar! 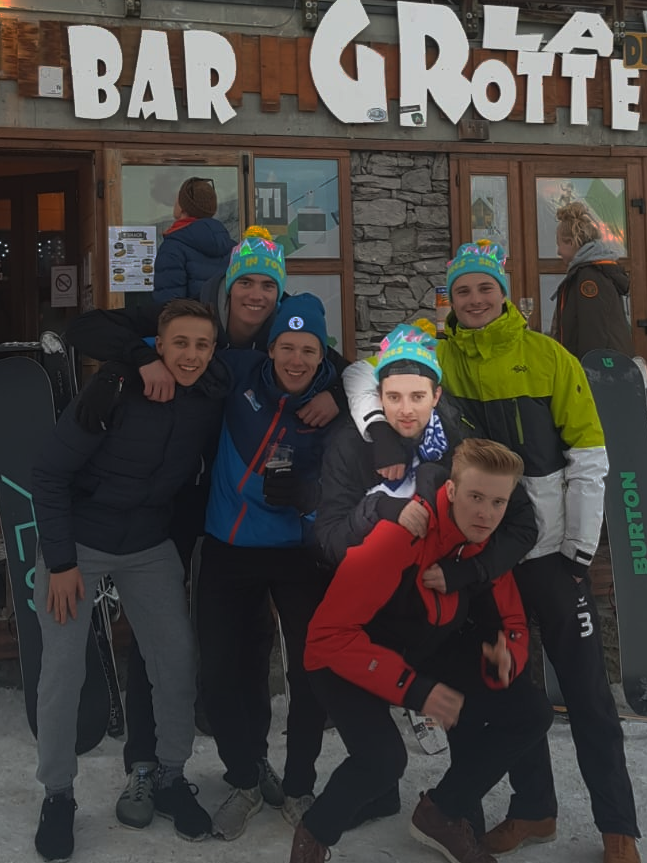